What time of day is the best time to excercise?

Researchers from the University of Groningen (RUG) have determined that Olympic athletes can deliver their best performance (on average) at twelve minutes past five in the afternoon. But does this also apply to amateur athletes? Radar spoke about this with Professor Roelof Hut of the RUG.

According to Hut, top athletes have a strict life style, getting up early every day or at least always at the same time.This is in stark contrast to adolescents, who, according to Hut, often have an “extremely late sleeping behavior”.

“My suspicion is that the peak time for that group is therefore significantly later. That could really be hours later, “says Hut.’Conversely, it is quite possible that the sports performance of people with an early biological clock is also better earlier.’ If you always go to bed early, then the time when you can achieve the best sports performance is probably earlier than if you always go late. goes to bed.

The biological clock can be managed very well

“ You can push your biological clock forward an hour every day if you set very strict light schedules. ” This way you could make sure you are at your best at a specific time, even when that wouldn’t normally be your best time.  Incidentally, the moment at which you can achieve your best sports performance may not only depend on your sleeping behavior. “It cannot be ruled out that your muscles have an organ clock that focuses on something other than your biological clock. We would love to investigate that, because you may be able to train that, “says Hut.

The energy expenditure of muscles is the biggest during peak moment

So everyone has a moment when you could achieve the best sports performance. But is that moment also the most effective if, for example, you want to improve your fitness or lose weight? “If you exercise at your peak time, your muscles work exceptionally well. At that point if you try to squeeze out everything in it, you will have more energy expenditure from the muscles in a short time. So it could be very effective, “says Hut.

Peak moment not necessarily the most effective

“However, a jogger in the park doesn’t try to break his record every time. If a jogger starts exercising at peak time, then it is actually too easy. It then has more effect to start walking at a different time. “ According to Hut, we can compare this effect with cyclists. “They cycle on the best equipment. As a result, they have to put in less effort. They go faster, but to become a better cyclist you should actually ride your grandmother’s old bike. “

Sports in the morning

If you want to lose weight, it is especially effective to exercise at a time when you normally do not deliver the best performance. As a general advice, Hut would recommend exercising in the morning. “Your bio clock will go forward and you will lose weight. Sleeping late alone makes the group of people prone to obesity put on weight. “

A dose of blue light at the right time prevents fatigue and makes it possible to focus more sharply. Top athletes benefit greatly from a correct light schedule and they can easily handle it. Athletes know the importance of discipline in training, they know that structure and regularity are a prerequisite for converting talent into success. It appears to be easy to add the Propeaq light glasses to existing schedules and rules of life; even easier than the traditional approach with light boxes.

Blue light suppresses the production of the night hormone melatonin. This hormone is produced in the evening by the pineal gland (pineal gland) and signals the body to prepare for the night. During sleep, recovery of many body processes takes place and a night’s rest is therefore indispensable for cognitive and physical functioning and health in general. The rhythm of melatonin secretion is partly endogenously controlled by the biological clock in the brain (Supra Chiasmatic Nuclei SCN), which in turn is controlled by clock genes but also by the light that hits the eye. The retina in the eye has special ganglion cells (intrinsically-photosensitive retinal ganglion cells ipRGCs) that control the SCN under the influence of the photopigment melanopsin and light. Bluish light (460 – 480 Nm) has the most influence on suppressing the production of melatonin even at very low intensity. In addition to “night hormone”, melatonin is also a strong antioxidant and is able to eliminate harmful free radicals. Another powerful effect of blue light in the morning is stimulation of the cortisol awakening response. As a result, the athlete enters his / her carbohydrate combustion earlier and heats up earlier so that energy is available more quickly.

Red light, on the other hand, does not suppress the production of melatonin, so that a functionality arises in which, with the correct timing of exposure to blue light, a phase shift of the sleep / wake rhythm occurs to a later period. This does not affect the duration and quality of sleep. To shift to a later time, blue light (30 minutes) is used just before racing. In this way, a maximum of 2 hours can be shifted per day. For a shift to an earlier moment, it works the other way around and uses blue light (30 minutes) in the morning and the red glasses in the evening. In this way, a shift of 1.5 hours per day can usually be achieved. 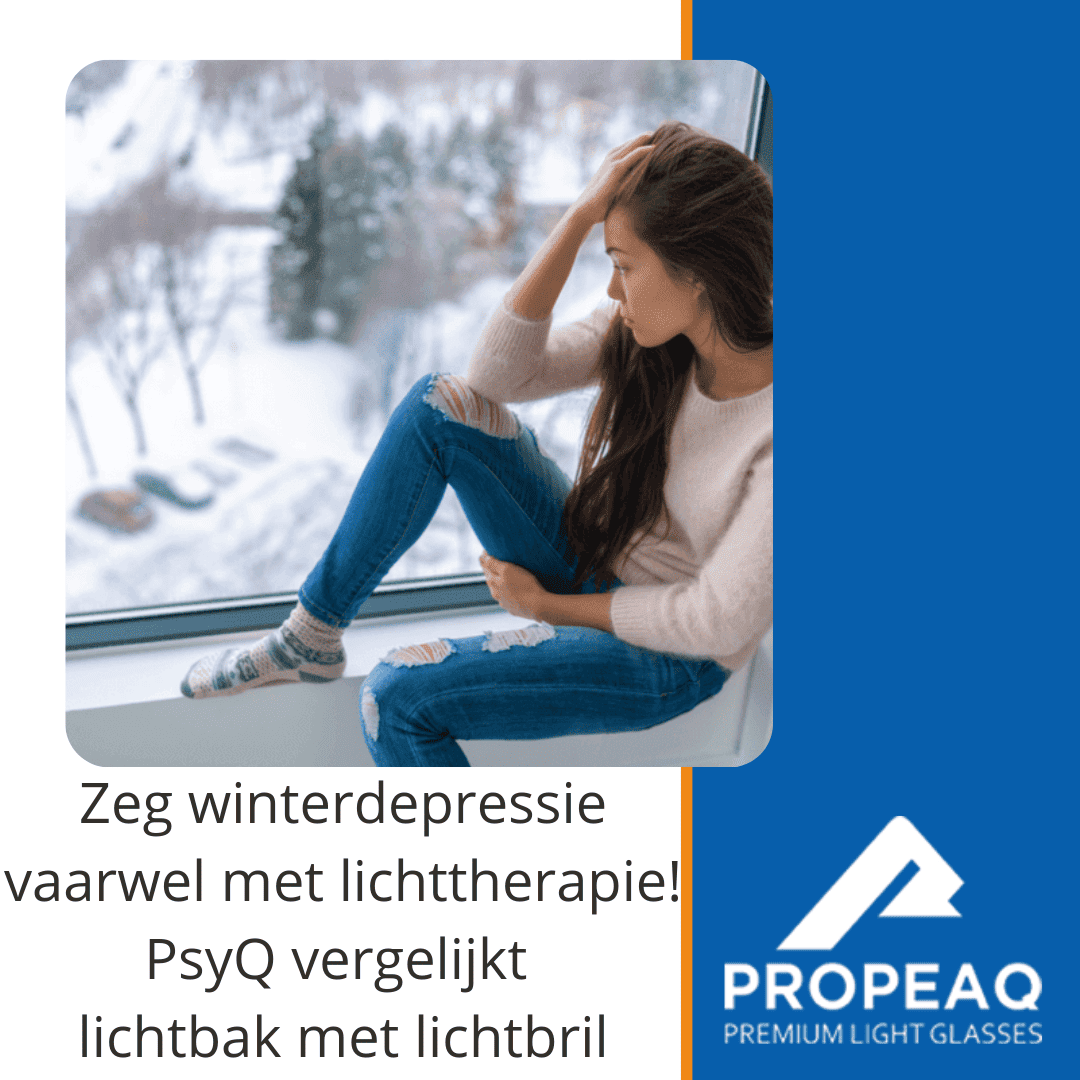 Winter depression is a thing of the past with light therapy! PsyQ examines light glasses and light box

In the night from Saturday October 29 to Sunday October 30 it was time to move the clock back an... 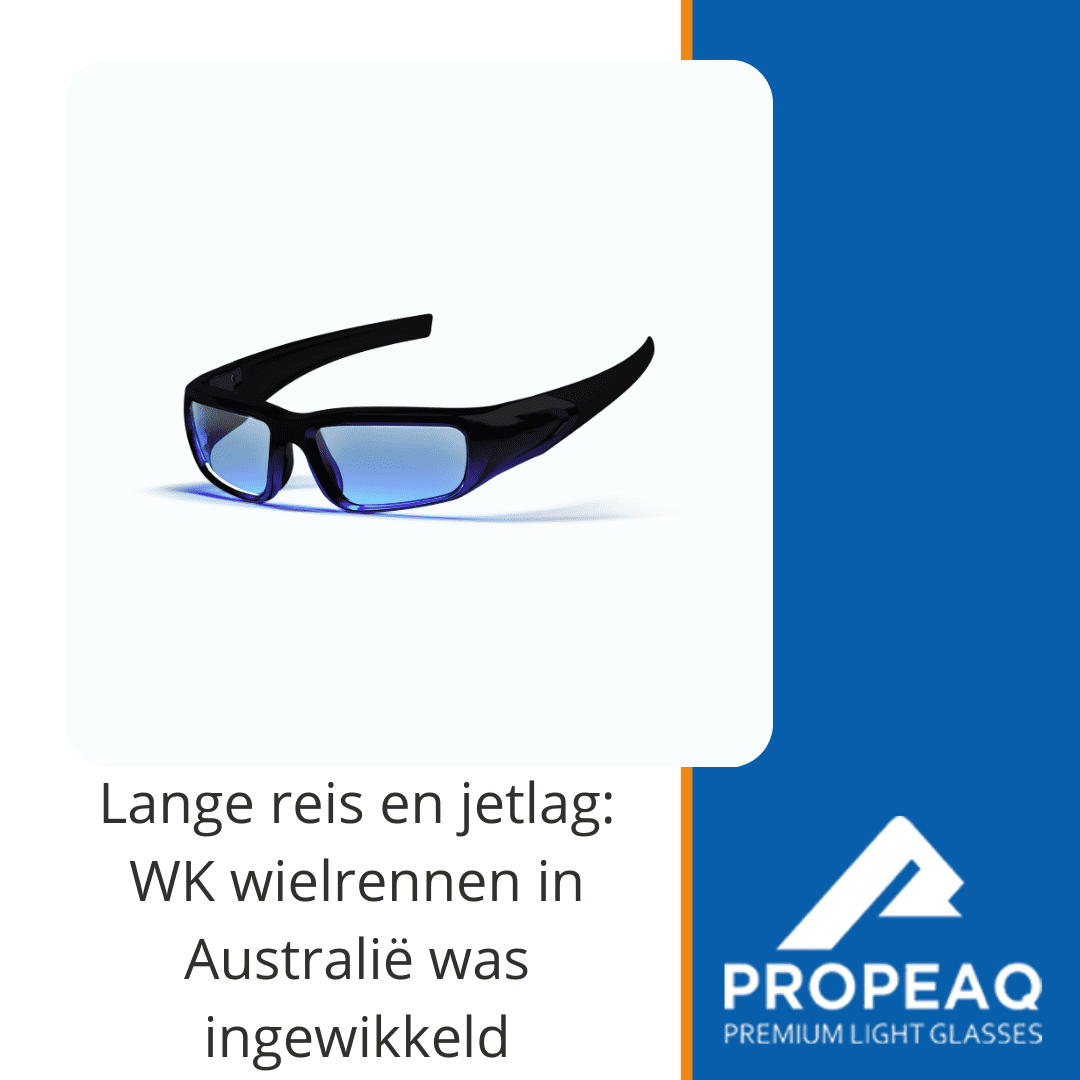